We think of David Lynch as a filmmaker, and rightly so, but the director of Eraserhead, Blue Velvet, and Mulholland Drive has long kept a more diverse creative portfolio. He began as a painter, studying at the Pennsylvania Academy of the Fine Arts, and has also tried his hand at photography, music, and comic strips. More recently, writes the AV Club’s Randall Colburn, “Lynch has also released his own line of coffee, collaborated on Twin Peaks-themed beer and skateboards, and created his own festival. His latest endeavor? T-shirts, which is wild because it’s hard to imagine the ever-dapper filmmaker ever wearing one.”

Perhaps a line of Lynch-approved traditional white shirts, made to be buttoned all the way up even without a tie, remains in development. But for now, fans choose from the 57 T-shirts designs now available at Studio: David Lynch’s Amazon store. All suitable for wearing to your local revival house, they include “Turkey Cheese Head,” “Cowboy,” “Small Dog,”“Small Barking Dog,”and “You Gotta Be Kiddin’ Me.” What kind of life, now solidly into its eighth decade, has both enabled and driven Lynch to make not just so many things, but so many Lynchian things? Perhaps we can find a few answers within the nearly 600 pages of Room to Dream, Lynch’s new memoir. 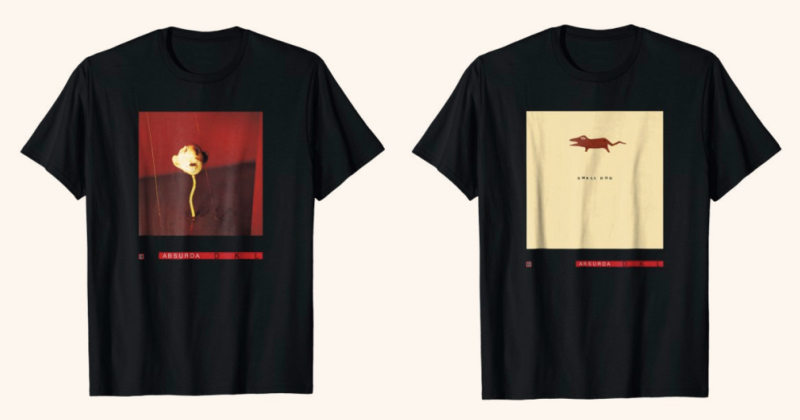 “Fans who share Lynch’s pleasure in mystery will approach this book anxiously, hoping that his secrets may somehow be both revealed and sustained,” writes the Washington Post‘s Charles Arrowsmith of the book, an excerpt of which you can hear read by Lynch himself above. (He begins by saying “I’m going to tell you a story about my grandparents” and ends with the image of his young self vomiting into a helmet he’d brought to school for show-and-tell.) And those who fear that the conventionality of the memoir form might flatten out Lynch’s idiosyncrasies can rest assured that “in telling his life story, Lynch demonstrates the same disregard for causality and tonal consistency that marks his films.”

Despite including not just Lynch’s perspective but the perspectives of many others (“surprisingly candid ex-wives, family members, actors, agents, musicians, and colleagues in various fields,” proclaims the jacket copy), “Room to Dream pulls off a neat trick in drawing back a curtain and revealing relatively little. Despite the book’s heft, there’s not much to explicate the mysteries of Lynch’s work. But then, for him, the mystery’s the thing. To explain would be to destroy. What we get instead is insight into his creative process.” As dedicated Lynch enthusiasts understand, the creative process, which throughout his career has led him not to answers but ever more strangely compelling questions, is everything.

Note: When Room to Dream comes out on June 19th, you can download the audiobook version, which Lynch helps narrate, for free if you sign up for Audible’s free trial program. We have details on that program here.

What Makes a David Lynch Film Lynchian: A Video Essay

Hear David Lynch Read from His New Memoir <i>Room to Dream</i>, and Browse His New Online T-Shirt Store is a post from: Open Culture. Follow us on Facebook, Twitter, and Google Plus, or get our Daily Email. And don’t miss our big collections of Free Online Courses, Free Online Movies, Free eBooks, Free Audio Books, Free Foreign Language Lessons, and MOOCs.

The post Hear David Lynch Read from His New Memoir Room to Dream, and Browse His New Online T-Shirt Store appeared first on House Of Harmony.