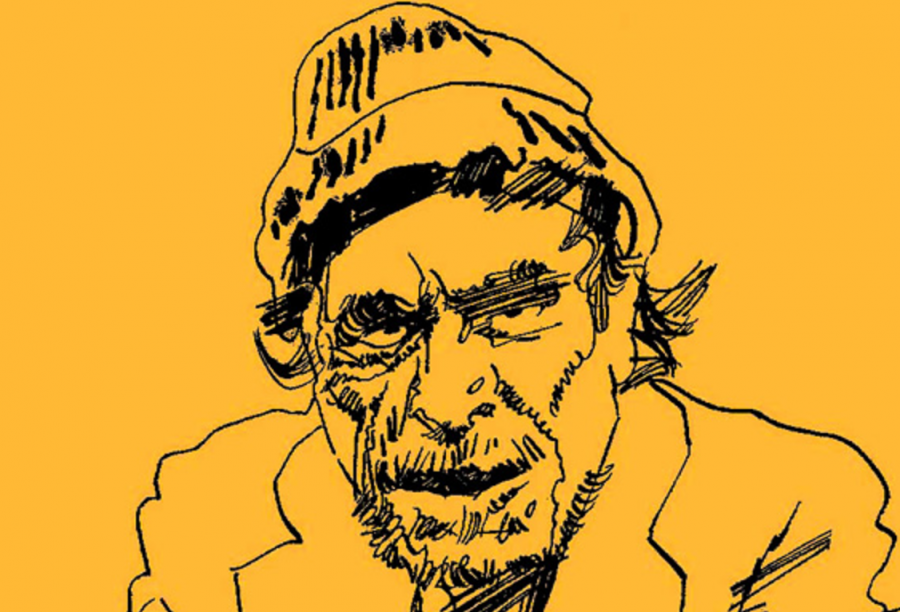 I don’t know about you, but the grind gets me down. Day in, day out, the same routine, never a break but the odd vacation. And you know what they say about vacations; when you get back, you need another one. Used to be days were more regular, in the heydays of the unions. You put in your time and you get some back, enough at least for a good night’s sleep. No more. The machine never sleeps, and neither can we. If you have the good fortune to live in the U.S., you and I can call ourselves blessed residents of the most overworked nation in the world. Europeans may have it better, but maybe not by much.

Screw it, you want to say sometimes. I just want to get some rest. We’re entitled to it. According to that great folk theorist of the grind, Charles Bukowski, three or four days in bed may be just the thing to get the juices flowing again when spirits are low, and we don’t even have enough gas in the tank to revolt against a culture that’s trying to work us all to death. At the dawn of the age of deregulation and supply-side dominance, Bukowski saw the perils of mind-numbing, soul-killing, work, castigating the “9 to 5,” which is “never 9 to 5,” in a brutally honest letter to his publisher and benefactor, John Martin.

Bukowski’s prescription for the depression engendered by modern life (aside from blackout drinking, that is): Sleep, a need as physically urgent as food or water. It wards off morbid rumination: “sleeping in the rain,” he wrote, “helps me forget things like I am going to die and you are going to die and the cats are going to die.” And when “the Wheaties aren’t going down right,” he says in the spoken word piece above, “when I feel a little weak or depressed,” it’s sleep he recommends.

I just go to bed for three days and four nights, pull down all the shades and just go to bed. Get up. Shit. Piss. Drink a beer now and then and go back to bed. I come out of that completely re-enlightened for 2 or 3 months. I get power from that.

I think someday…they’ll say this psychotic guy knew something that…you know in days ahead and medicine, and how they figure these things out. Everybody should go to bed now and then, when they’re down low and give it up for three or four days. Then they’ll come back good for a while. But we’re so obsessed with, we have to get up and do it and go back to sleep.

Can you get time off for three or four days in bed? Probably not. But hey, maybe there are more humane days ahead, as Bukowski forecasts in a rare moment of optimism, when jobs won’t literally kill us, when medical science will give us license to take “sleep leave.”

People are nailed to the processes. Up. Down. Do something. Get up, do something, go to sleep. Get up. They can’t get out of that circle. You’ll see, someday they’ll say: “Bukowski knew.” Lay down for 3 or 4 days till you get your juices back, then get up, look around and do it. But who the hell can do it cause you need a dollar. That’s all. That’s a long speech, isn’t it?”

It’s not a long speech at all, but it’s a damned good one.

Charles Bukowski Explains How to Beat Depression: Spend 3-4 Days in Bed and You’ll Get the Juices Flowing Again (NSFW) is a post from: Open Culture. Follow us on Facebook, Twitter, and Google Plus, or get our Daily Email. And don’t miss our big collections of Free Online Courses, Free Online Movies, Free eBooks, Free Audio Books, Free Foreign Language Lessons, and MOOCs.

The post Charles Bukowski Explains How to Beat Depression: Spend 3-4 Days in Bed and You’ll Get the Juices Flowing Again (NSFW) appeared first on IACCCE.

The post Charles Bukowski Explains How to Beat Depression: Spend 3-4 Days in Bed and You’ll Get the Juices Flowing Again (NSFW) appeared first on House Of Harmony.