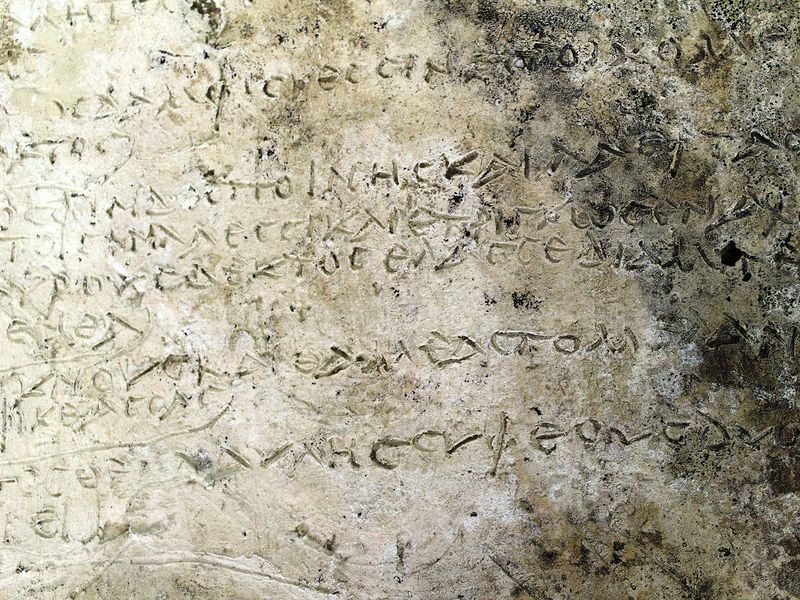 The Homeric epics are thought to have been composed in the 8th century BCE. In the case of these ancient poems, however, “composed” is a very ambiguous term. While archaeological and linguistic research dates Homer’s versions of the poems to somewhere between 650 and 750, BCE., a scholarly consensus agrees these tales existed hundreds of years before, in oral form, transmitted by wandering bards and modified often in the telling. While they are thought to have been written down in Homer’s age, “any glimpse into Homer before medieval times is rare,” notes the Smithsonian, “and any insight into the composition of the epics is precious.”

Before the medieval manuscript tradition, beginning in the 10th century CE, the largest extant copies of the Iliad and Odyssey come from what is known as the “Homeric papyri,” fragments such as the Bankes Papyrus discovered in Egypt in the 19th century. Now, it’s being reported in news sites all over the web that the oldest written copy of the Odyssey has been found—or rather 13 verses of it, carved into a clay tablet and discovered in the ancient city of Olympia in southern Greece. While the dating has not been fully confirmed, experts believe the artifact comes from the Roman era, sometime before the 3rd century CE.

While the discovery may be significant, we should be careful to qualify the many claims made for its status. Like the poem itself, the story of this discovery has seemed to change in its retellings. The tablet is the oldest find in Greece, not in the world. “Finding a bit of Homer in home soil,” says Malcolm Heath, professor of Greek language and literature at Leeds University, “will obviously give the Greeks a warm glow.” But, as The Times reports, “the earliest surviving fragments of the Odyssey” are actually “bits of graffiti scratched into clay by schoolboys at Olbia on the Black Sea coast of what is now Ukraine.” These fragments are “at least 600 years older than the Olympia tablet.”

Furthermore, the Derveni papyrus, discovered in Egypt, which may include a quote from the poem, has been dated as far back as 340 BCE. Nonetheless, the new discovery is still unusual, not only for its place of origin, but also because of the medium. As Cambridge University’s Tim Whitmarsh notes, “It’s rare to find continuous text of Homer written out at such length in clay.” The tablet includes a notable word substitution that will certainly be of interest to scholars, particularly those at work on the “Homer Multitext project.”

That project, Smithsonian writes, is gathering all the fragments together “so they can be compared and put in sequence to provide a broader view of Homer’s epics.” A view that shows us, as the project explains, “that there is not one original text that we should try to reconstruct,” but rather an unknown number of variations, transcribed and altered over the course of hundreds of years and scattered all over the ancient world. All of these fragments are fascinating examples, writes Science Alert, “of the way written texts can survive through the centuries, or even millennia,” just as the story itself shows how oral traditions can survive just as long without any need for written language at all.

One of the Best Preserved Ancient Manuscripts of The Iliad Is Now Digitized: See the “Bankes Homer” Manuscript in High Resolution (Circa 150 C.E.)

Emily Wilson Is the First Woman to Translate Homer’s Odyssey into English: The New Translation Is Out Today

Josh Jones is a writer and musician based in Washington, DC. Follow him at @jdmagness

Archaeologists Think They’ve Discovered the Oldest Greek Copy of Homer’s <i>Odyssey</i>: 13 Verses on a Clay Tablet is a post from: Open Culture. Follow us on Facebook, Twitter, and Google Plus, or get our Daily Email. And don’t miss our big collections of Free Online Courses, Free Online Movies, Free eBooks, Free Audio Books, Free Foreign Language Lessons, and MOOCs.